Are you an amateur filmmaker looking into directing for the first time? Are you a film director constantly having trouble in getting the best performances out of your actors on set?

I know that when I started directing short films, I was having issues with my actor’s performances because I couldn’t figure out the directing style I wanted to achieve.

A director’s job is to make sure they are coaching and guiding actors to deliver the best possible performances for the screen. There is a wealth of information available on the internet at your fingertips about how to learn about directing actors on a set.

But based on my limited experience in directing actors, but years of film school and volunteering on sets, I have created a list of tips on Directing Actors so it Doesn’t Have To Be Hard.

5 Ways To Help Improve Your Skills in Directing Actors

Contents hide
1 5 Ways To Help Improve Your Skills in Directing Actors
1.1 Introduction
1.2 5 Tips On Directing Actors
1.2.1 Have A Character Breakdown Sheet With Detailed Background
1.2.2 Always Keep In Mind Of What Was Shot
1.2.3 Have A Moment Along Just With Your Actors
1.2.4 Blocking Before Shooting
1.2.5 Remain Calm And Keep Your Eyes On The Prize
1.3 Summary
1.3.1 trentalor

First, I am not an experienced director that gets paid to direct. I am merely someone who gets the opportunity to direct once or twice a year with the short films I write.

But, with time and energy, I have spent over the past five years of directing has given me the opportunity to learn how to direct good actors.

Lately, I have been brushing up on my education in terms of directing a film, by reading several books, including “On Directing Film by David Mamet” (which is the go-to book that I have had for years), and utilizing the online directing classes that Masterclass offers.

I am really enjoying the Judd Apatow and Ron Howard classes right now because they really focus on directing actors on a film set. (Click here to learn more about these classes.)

Click the ad above to learn more about Masterclass

Have A Character Breakdown Sheet With Detailed Background

Even before directing your first scene on a set, and even before the castings process, have a detailed character analysis written down for all your primary roles.

If you are a screenwriter/director, you probably have already completed a character breakdown during the screenwriting process.

If you are unsure about what a really good character breakdown is, it’s all the information about the character that an actor can bring to life on screen.

A good character breakdown sheet should include information about the character’s past, upbringing, and personality that will help your actors understand how the written character should be portrayed in each scene.

With the previous directing jobs I have done lately, the most common thing on a set I have had to deal with is questions from actors about his/her characters.

Now, a good director should already have these conversations with the actors even before the first day of shooting. This is a lesson I have learned over time, in which having a couple of read-throughs of the screenplay with all the actors in the room.

With the read-throughs, supply each actor with character breakdown sheets, so they know his/her characters inside out before the first day of shooting.

Related Article: MASTER THE ONE PERSON FILM CREW WITH THESE 7 STEPS

Always Keep In Mind Of What Was Shot

No matter how small or big a film shoot is, film sets can be chaotic and confusing if you stay on top of it.

When you think about how most film shoots don’t film the scenes of a screenplay in chronological order, it’s easy to forget where you are on what has been shot.

The job of a director is to ensure they know exactly where the characters are in terms of emotionality from the script at all times.

A valuable tip on directing actors for film is to read through the scene that is about to be filmed and the previous scenes before that.

Keep notes on the emotions of the characters to ensure that they are consistent from scene to scene.

Have A Moment Along Just With Your Actors

Like I have mentioned earlier, the role of the director comes with many hats, not only are you directing your actors, but you are the captain of the ship.

Many crew members will be around the director asking questions about the scenes, etc., and during this chaos, the noise levels may increase before the scene is shot.

The best thing to get the best performances out of your actors is to find some quiet time before the scene that needs to be shot.

Talk to your actors about the emotions in the scene you are shooting and discuss with the actors what each character is trying to achieve in the scene.

Ask questions of your actors about suggestions that may make the scene even better than you thought it would.

Related Article: HOW TO LEARN FILMMAKING WITHOUT FILM SCHOOL

Blocking a scene for a film shoot is all about rehearsing the movements within the scene that you are about to shoot. The key to blocking is to do this before the chaos begins.

Block the scene before the actors go to the wardrobe to become his/her character and even before the lighting has been set for the scene.

Give your actors the time to rehearse the scene until they are comfortable with the scene so the crew around them can see how the scene will be shot.

With blocking the scene and rehearsal, the cinematographer will have a better understanding of how to set up lighting for the shot, the art director can figure out where to place the props in the scene, the 1st Assistant Director will be able to go over the scene with any necessary extras that are required in the scene, and so forth.

As you can tell, blocking before shooting your scenes requires a lot of attention to detail, but it’s worth it. Trust me!

Remain Calm And Keep Your Eyes On The Prize

The camera is ready to start filming, the only job the director should worry about is directing actors performances in the scene. That’s it and nothing else.

You should have a great team behind you that can worry about the lighting, wardrobe, props, and catering for you to direct your actors.

Some directors prefer being right behind the camera while filming, while other directors prefer to watch the filming on a monitor from outside the location of the scene. Regardless of the preference, all a director should be thinking about is how believable the performance from the actors are in the scene.

What I like having on a set that really is my wing person is a script supervisor. Someone who is writing notes on a scene list, to catch anything that I might miss while watching the scene being filmed.

Great notes for me that I like are, the character should be anger because in the previous scene someone just stole his precious car. Or, the character is left-handed but is drinking with his/her right hand.

Having a second pair of eyes is great especially when they are taking notes, that become extremely valuable in the editing suite.

As a director, it’s all about creating a believable scene for the audience to enjoy. Do whatever you have to do in directing actors to achieve his/her best performances.

As you can tell from this article that the role of a director is not only about directing actors, you are the captain of the ship.

If you plot your route and execute it properly, then you can set yourself into cruise control. Then all you have to worry about is guiding your actors to deliver the best possible performances for the screen.

Now get yourself a camera and some crew and start shooting a film!!! 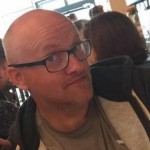 Actionable Tips On Getting Accepted Into Short Film Festivals